Question: How many ayat in Quran?

I wanted to know about the total Quranic verses in the present Quran there are 6236 verses but it is understood that their are 6666 verses. It is also known that the readers of Kufa reckon and followed Hazrat Ali it is 6239 verses which is followed in India, then we have Basra verses which are 6204 verses then sham verses are 6225 then Mecca verses are 6219 medina verses are 6211. I would like to know how many verses are there.
And Is Hadith more important than Quran

In the name of Allah, the most Beneficent, the most Merciful.

Being the verbal noun of the root word qara’a (to read), ‘Qur’an’ literally means ‘reading’ or ‘recitation’. When the definite article, “al” is prefixed to the Qur’an, it refers to the whole of the Book; but without this prefix, the Qur’an can mean either the whole or a part of the Book. (M.H. Kamali in his book Principles of Islamic Jurisprudence, p.22) 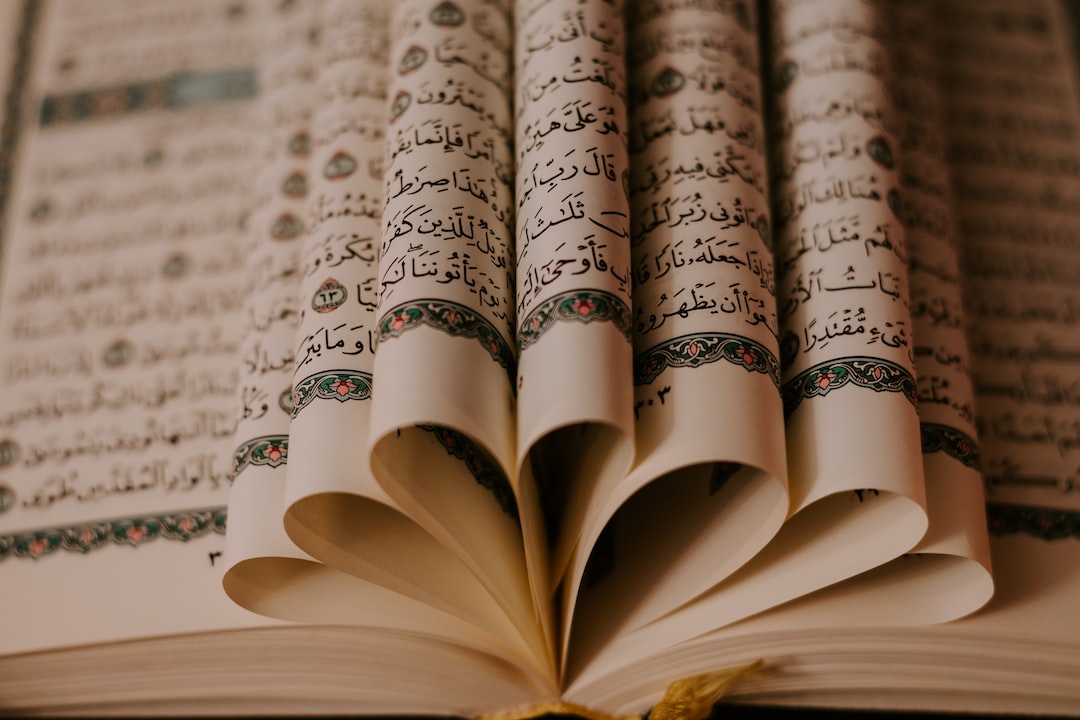 The word “Qur’an” is used in the Qur’an in the sense of reading, recital, a collection, a reminder, a healer, the admonition, the light and the rope of God. From this literal meaning, especially the idea of “a collection”, it is clear that the Qur’an in the concrete sense of a scripture does not always use the word Qur’an, as it is commonly understood. It refers to a revealed oral discourse, which unfolded as seemingly a part of God’s response to the requirements of society over a period of twenty- three years. Only towards the end of this process is the Qur’an presented as a scripture rather than a recitation or discourse. (Esack Farid, The Qur’an: A user’s guide, p.31)

For Muslims, the Qur’an as the compilation of the “Speech of God” does not refer to a book inspired or influenced by God written under the guidance of His Spirit: rather it is viewed as God’s direct speech. Imam Zarqani reflects the view of the majority of Muslims when he defines the Qur’an as being “miraculously revealed to the Prophet, written in the cannon, narrated uninterruptedly and enthralled by its recitation.”

The Qur’an stands at the heart of Islam and Muslims argue that it is the only valid contemporary revelation because to invoke the Qur’an is to invoke God. The Qur’an is God speaking, not merely to the Prophet Muhammad

in seventh- century Arabia but to all mankind. (Ibid)

Most classical scholars of the Qur’an such as Imam Zarkhasi and Jalal Uddin Suyuti, on the basis of various traditions ascribed to the Prophet, believe that the descent of the Qur’an took place in three stages. First from God to the “preserved tablet”. God says, “A sacred Qur’an in the protected tablet”. This tablet, a term for metaphysical substance, is often regarded as the original copy of the Qur’an and identical to what the Qur’an describes as the “mother of the book”: “God annuls or confirms whatever He wills and with Him is the Mother of the Book.” The second stage of the Qur’an’s descent is from the preserved tablet to the “Abode of Honour” in the lowest heaven. The idea of this second stage is based on traditions ascribed to the Companions of the Prophet Muhammad

and verses revealed by God that the Qur’an was revealed on the Night of Majesty.

And finally, the third descent was from the “Abode of Honour” to the Prophet Muhammd

over a period of twenty-three years. (Esack Farid, The Qur’an: A user’s guide, p.32)

The Holy Qur’an was revealed to the Prophet Muhammad

by means of wahy (divine revelation) and transmitted to mankind by continuous testimony, or tawatur. It is a proof of the prophecy of Muhammad, the most authoritative guide for Muslims and the first source of the Sharia.

This wahy would come to the Prophet Muhammad

in several forms and modes. In a saying of the Prophet Muhammad

as to how did wahy come to him. He replied by saying “there are times when I hear something like the chiming of bells and this mode of wahy is the hardest on me. After that when this chime –sequence ends, that which has been said by sound seems to have been committed to my memory. And there are times when the angel appears before me in the shape of a man.” (Sahih Bukhari p.2 v.1)

A question with regards to the following hadith applies and that is what is meant by the “chiming of the bell”. Some commentators have explained it by saying that the simile is in terms of it being continuous.  The same way the sound of a bell is continuous similarly, the revelation of wahy was also continuous. Some other scholars have said that a correct realisation of this phenomenon is not possible without an auditory experience; however, the Prophet Muhammad to give it a common explanation likened it to the chiming of the bell. (Faidhul Bari p.19 v.1)

From the aforementioned hadith we have derived thus that there were two modes of the ascension of wahy. Another type of wahy used to be that sometimes the Angel Gabriel would appear as he was. However, this only happened three times during the complete revelation of the Quran. (Maariful Qur’an p.5 v.1)

The fourth mode of wahy is distinguished by a direct, non-intermediary, two way conversations with God. This happened during the Prophet Muhammad’s Night journey to Heaven known as the Mi’raj. (Ibid p.6 v.1)

The fifth mode of wahy was that sometimes the Angel Gabriel without appearing physically in any form whatsoever would let some words of the message fall into his heart. (Ibid)

Aaisha, one of the wives of the Prophet Muhammad

Khadija then accompanied him to her cousin Waraqa bin Naufal, who, during the Pre Islamic Period became a Christian. He would write from the Gospel in Hebrew. He was an old man and had lost his eyesight. Khadija said to Waraqa, “Listen to the story of your nephew, O my cousin!” Waraqa asked, “O my nephew! What have you seen?” The Prophet described whatever he had seen. Waraqa said, “This is the same one who keeps the secrets (angel Gabriel) whom God had sent to Moses. I wish I were young and could live up to the time when your people would turn you out.” The Prophet asked, “Will they drive me out?” Waraqa replied in the affirmative and said, “Anyone (man) who came with something similar to what you have brought was treated with hostility; and if I should remain alive till the day when you will be turned out then I would support you strongly.” But after a few days Waraqa died and the Divine Inspiration was also paused for a while.” (Sahih Bukhari p.3 v.1)

in his Itqaan has mentioned two opinions with regards to the number of verses in the Holy Qur’an. One opinion is 6,666 on the authority of Saaidah Aaisha

The shortest of the chapters consist of four verses and the longest 286 verses. Each chapter has a separate title. The longest chapters appear first and the chapters become shorter as the text proceeds. Both the order of the verses within each chapter, and the sequence of the chapters, were re-arranged and finally determined by the Prophet Muhammad

Literally, Sunnah means a clear path or a beaten track but it has also been used to imply normative practice, or an established course of conduct. It may be a good example or a bad, and it may be set by an individual, a sect or a community. Technically, Sunnah refers to all that it is narrated from the Prophet, his acts, his sayings and whatever he has tacitly approved. (M.H. Kamali in his book Principles of Islamic Jurisprudence, p.58)

when Muadh Bin Jabal was sent as a judge to Yemen and was asked as to the sources on which he would rely in making decisions. In reply Muadh referred first to the ‘Book of God’ and then to the   ‘Sunnah of the Prophet. (Sunan Abu Dawud p.149 v.2)

In the Qur’an God says:

“Obey God and obey the Prophet and those who are in charge of affairs among you.

Should you happen to dispute over something, then refer it to God and to the

The scholars are unanimous on the point that the Sunnah is a principle of Sharia Law and that in terms of declaring something lawful or unlawful, it stands on the same footing as the Qur’an.

God says in the Holy Qur’an:

“And he does not speak out of his own desire. It is not but revelation revealed to Him.” (Surah Najm v.3

Imam Ghazali known as Algazel in English, who was a famous Islamic theologian writes that some of the divine revelation that the Prophet received constitutes the Qur’an, whereas the remainder is called Sunnah. (M.H. Kamali in his book Principles of Islamic Jurisprudence, p.63)

One issue, which needs to be discussed, is whether Sunnah is an independent source or is merely a supplement to the Qur’an.

Firstly, the Sunnah may consist of rules that merely confirms or reiterates the Qur’an or explains an ambiguous verse of the Qur’an in which case the Sunnah will merely be supplementing the Qur’an and is not considered to be an independent source in its own right.

said, “it is unlawful to take the property of a Muslim without his express consent” (Imam Baihaqi in his Sunan ul Kubra p.10 v.3 ) merely confirms the verse of the Qur’an where God says, “ O those who believe! Do not devour each others properties unlawfully unless it is through trade by your consent.” (Surah NIsa v.29)

An example where the Sunnah is explaining and making an unclear verse of the Qur’an clear is where God says, “We know what we have prescribed for them in respect of their wives…” (Surah Ahzaab v.50) This verse is referring to the obligation of a dowry at the time of marriage. However, the minimum amount one has to give as a dowry is unclear from the verse. But a saying of the Prophet Muhammad

explains that ten “dirhams” (Daraqutni and Bayhaqi) which is approximately 31 grams of silver is the minimum amount of dowry the husband has to give to his wife. (M.H. Kamali in his book Principles of Islamic Jurisprudence, p.82)

However, the Sunnah may sometimes consist of rulings on which the Qur’an is silent in which case the ruling in question originates in the Sunnah itself. For example the prohibition of the flesh for human consumption of certain animals and birds originates from the Sunnah as the Qur’an itself is silent on these matters. It is with regards to this category of Sunnah where there is a difference of opinions as to whether it is an independent source or not. Certain classical scholars such as Al- Shatibi and Al-Shawkani have held the view that this makes it an independent Sunnah whereas other scholars have disagreed. (M.H. Kamali in his book Principles of Islamic Jurisprudence, p.84)

This answer was collected from DarulIftaBirmingham.co.uk, which is run under the supervision of Mufti Mohammed Tosir Miah from the United Kingdom.

Number of Q&A on IslamQA.org